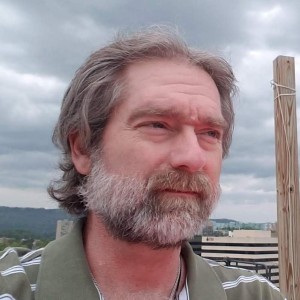 Yesterday I commented on Slack that we would ditch the message queue and do direct API calls everywhere. That will solve some minor problems that we’ve known of all along and facilitate better front-end functionality going forward.

My role in this process has not been explicitly defined, but I’ve defaulted someone to the slot that I often filled before we were doing Scrum again: Technical Scrum Master. I’m not sure how widespread the concept is, but I didn’t just make it up… it’s a person whose job it is to help resolve only the roadblocks that require a technical answer. So I’m sometimes a rubber ducky and often a professional Google searcher. And when I’m not doing that, I’m also doing tasks off the board or making plans for the general architecture of MyChattanooga.’

Today I am realizing something else that I do: find the silver linings, or, as my grandmother would likely have said, “making silk purses from sow’s ears.”

Yesterday (2 May) I commented on Slack that we would ditch the message queue and do direct API calls everywhere. That will solve some minor problems that we’ve known of all along (such as how to report back to a user who isn’t signed in what his or her SR number is).

The larger impetus for this change, however, is that in our switch to a ReactJS front end, we have seen how easy it would be to autosave field-by-field, something that we consider a nice feature for our users. To do that, we need a database key transmitted back to the front end at the very beginning of the data entry process.

A reason for the message queue, however, was also to make sure that we’d have access to parts of the system even if other parts were down. How do we handle this now?

That’s where I get to wear my architect hat, and – hopefully – find that silver lining. We just need to make sure that nothing ever goes down! And, believe it or not, that’s a lot easier these days than it used to be. It will mean shifting back toward a container-based plan, and that’s the silver lining: we’ll get all of those related benefits by trading some technical focus (mostly mine) from some areas to others, just as – over the past two weeks – the rest of the team has been doing.

I’ve pushed “fail fast” as a mantra from the start of this project. I think failing fast works best when we turn the things that didn’t work out as well into catalysts to be even better. I’m seeing that in the work of our team, and I see that as very promising for MyChattanooga.

Designed and Engineered by the Department of Information Technology.